The electronic model of Von Frey filament combines ease of use and rapidity for the determination of the mechanical sensitivity threshold in rodent.

Skip to the end of the images gallery 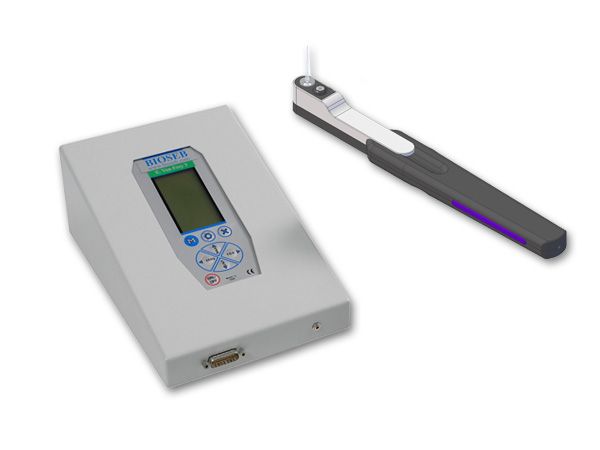 Skip to the beginning of the images gallery
Item Listing
Details

The electronic model of Von Frey filament combines ease of use and rapidity for the determination of the mechanical sensitivity threshold in rodent.

The Von Frey filament is applied against the central edge of the animal hind paw. Paw withdrawal caused by the stimulation is registered as a response. The corresponding force applied is recorded by the system and displayed on the large backlighted screen of the Von Frey unit with a resolution of 0.1 grams. A different tip is used for rat (hard plastic tip) and mice (elastic spring tip).

The Electronic Von Frey EVF4 and EVF5 are equipped with batteries. It allows performing measurement for several hours without connection to power supply.

Differently to the procedure using classical Von-Frey filaments, the threshold value can be obtained in only one test, and in a highly reproducible manner. The electronic instrument does not present any temperature or hygrometry drift, which used to be an issue with the manual version of the filaments.

The Electronic Von Frey EVF4 is provided with a easier and more comfortable handle (when compared to the EVF3 version).

The BIO-CIS software can be used to automatically record the results on a PC through a RS 232 port (direct Excel exportation). The BIO-CIS software can also be used for increasing the repeatability of nociceptive tests: while recording the reflex respond the software help the operator to improve his skills with the instrument, as well as to invalidate off-limit results. A brand new function also allows you to import all data from a wide range of instruments directly into Excel for further analysis!

Two packages are available: EVF4 (without software) and EVF4S (including the software).

Stand and enclosure have to be purchased separately.

The new Electronic Von Frey EVF5 version provides an embedded camera mounted on the handle in order to make easier the visualization of the point of stimulation.

The brand new BIOEVF software comes with a lot of new features :

Stand and enclosure have to be purchased separately.